You Are Here: Home → The best tablet to buy for your kid this Prime Day

The best tablet to buy for your kid this Prime Day 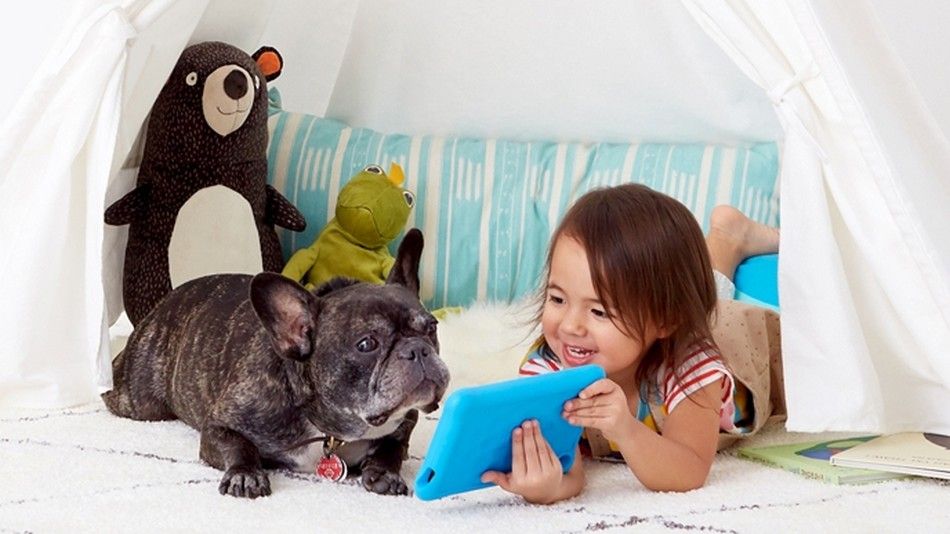 Technology has changed a lot since you were small. Your kids have probably mastered the features on your iPhone better than you have due to constantly asking to play with it. And when you do eventually get it back, it’s a sticky mess covered in slobber and other unexplainable slimes. But in the age of touch screens and constant connectivity, there’s not really a way to say “no” without feeling like a parent from the dark ages.

Enter kids’ tablets: the happy medium between giving your kids the access to tech that they want, without turning them into a technology zombie. (You know what we’re talking about — those kids who have their faces glued to a smartphone while they get pushed around in a stroller. It’s weird, right?) Read more…


Amazon has outdone themselves with an ultra-durable version of the Fire HD Tablet that can take whatever kids throw at it.


Apple's newest entry-level option has more power than many PC computers and will likely last for your kid's whole school career.


For the tasks a kid needs to do, this 2-in-1 is a champ that's much cheaper than other Chrome OS tablets.


Energetic kids are no match for the Fire 7's protective case and Amazon's worry-free guarantee.


Little ones will love the creative leeway of the S Pen and parents will love having a totally separate interface.


Kids can set alarms or Google questions via voice commands, squeezing some self-sufficiency into their tablet use.


Large icons, specially curated-for-kids internet access, and a shatterproof screen makes this great for little ones.


Though it's nothing special in the spec department, this distraction-free platform can help young bookworms tackle lengthy reading lists (while building their vocab along the way).