You Are Here: Home → Stephen Colbert sings a duet with his pants to celebrate returning to the studio 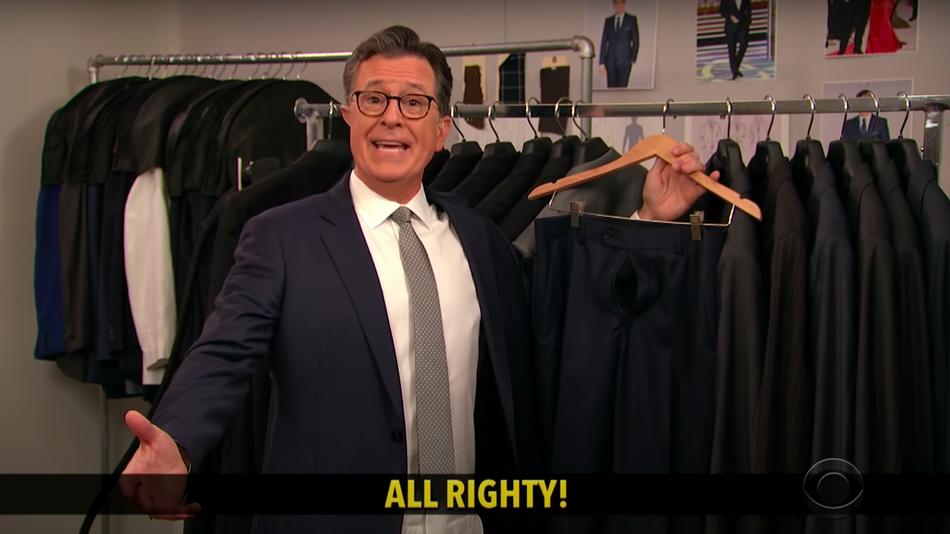 What better way to celebrate a return to a form of normalcy than a nice sing-a-long?

On Monday, The Late Show‘s Stephen Colbert opened his first show in front of a live audience since March 2020. But as he was about to leave the dressing room, he realised he’d forgotten something crucial: His pants.

Cue a surreal scene in which Colbert has a conversation with said pants before launching into a full-blown song and dance with them.