You Are Here: Home → Stephen Colbert made the perfect cicada joke after Joe Biden’s flying encounter 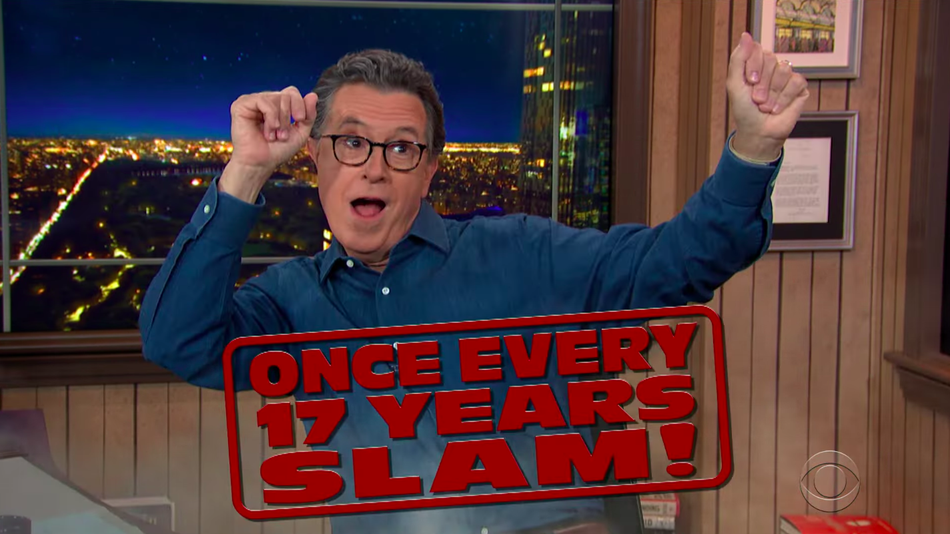 When one of the many, many cicadas swarming in the U.S. lately has the audacity to land on the president, there are many jokes to be made — and only once every 17 years.

Enviably, The Late Show‘s Stephen Colbert made the perfect one on Wednesday, following Joe Biden’s encounter with one of the flying insects, which was swiftly removed from his neck.

Responding to reports that the White House press plane was delayed by cicadas filling the engines, The Late Show provided an insight into one of the reporters getting the news — a perfectly edited scene from Air Force One starring Harrison Ford.  Read more…