You Are Here: Home → Stephen Colbert gleefully corrects Steve Carell’s story about throwing up in his car 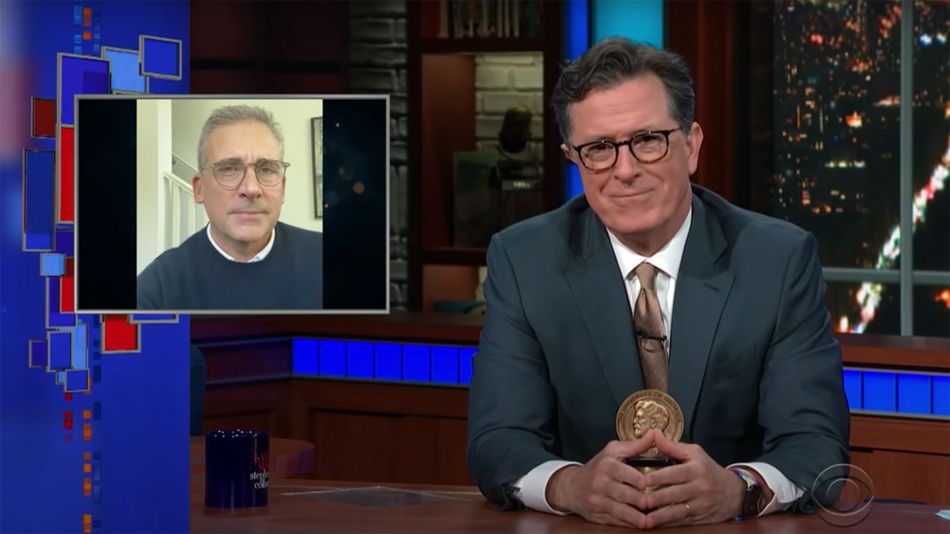 On Monday, The Late Show with Stephen Colbert picked up a 2021 Peabody Award, and Colbert’s old buddy Steve Carell was kind enough to present the award via video link.

“Intelligent. Funny. Kind. Talented. But tonight isn’t about me,” began Carell, whose full speech you can catch up on here. “I’ve known Stephen Colbert for over 30 years, and I know for a fact that he is the only Peabody Award-winner whose car I have thrown up in.”

“Thank you Steve, thank you,” said Colbert. “That was incredibly nice of you to do, but I’m going to have to fact check you there, and this absolutely true: Yes you did throw up, but I was driving Evie‘s car that night. So it was easy for me to forgive you, she’s still working through her feelings.” Read more…

More about The Late Show With Stephen Colbert, Entertainment, and Talk Show