You Are Here: Home → Ratchet & Clank soars to new heights on the PlayStation 5 in ‘Rift Apart’ 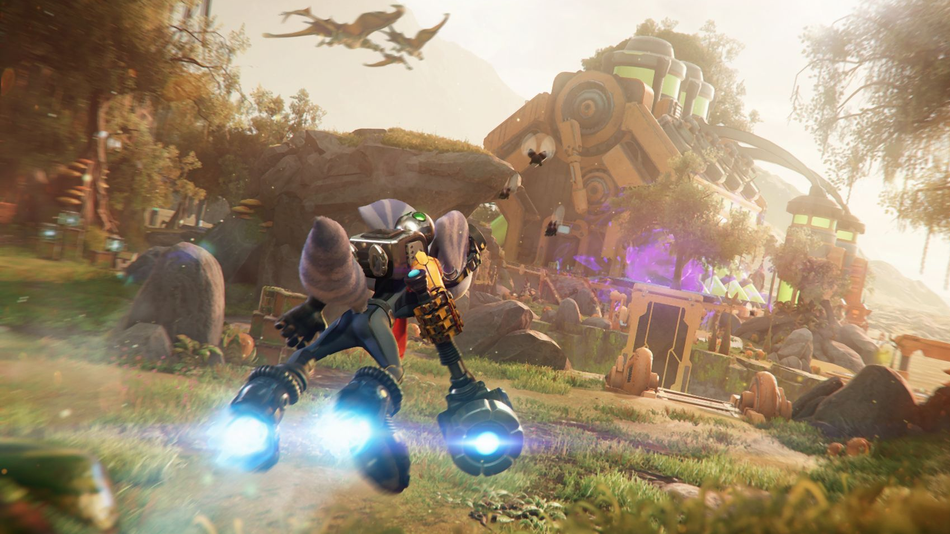 For a game that leaps from one universe to another, Ratchet & Clank: Rift Apart itself sure feels like a game from another dimension.

It’s immediately familiar, but is also something that doesn’t quite fit into a modern gaming landscape where the biggest and most popular releases last anywhere from 50 hours to, well, basically foreverRift Apart steps up, tells its story, and never overstays its welcome while also delivering a dazzling and beautiful cross-dimensional adventure of its own. All in just 15 hours.

Blockbuster games don’t do that anymore. But then you remember: This is how Ratchet games go, and it’s a particular talent for developer Insomniac Games. The studio has spent the five years since Ratchet & Clank hit PlayStation 4 in 2016 sharpening its skills on a pair of excellent Spider-Man games that, when you think about it, also kept things tight and focused. You can feel the lessons learned from those breaking through in Rift Apart. Read more…