You Are Here: Home → ‘Pirates of the Caribbean’ is a bigger shake-up for ‘Sea of Thieves’ than you think 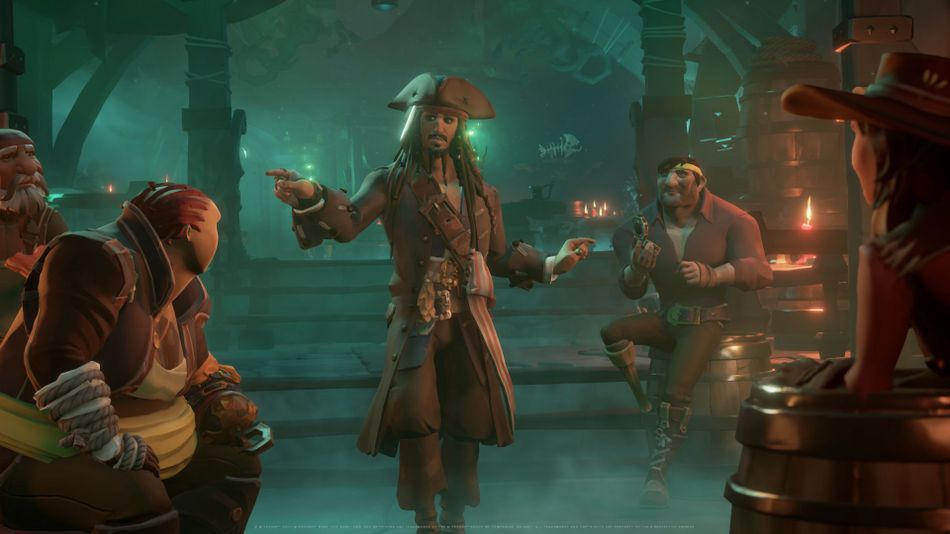 Fans of Rare’s excellent pirate role-playing simulator, Sea of Thieves, got quite a surprise during the June 13 Xbox reveal showcase.

The first trailer for a free, previously unannounced June 22 expansion called A Pirate’s Life revealed that Jack Sparrow, of Pirates of the Caribbean fame, is coming to Sea of Thieves. That’s especially momentous for a game that has only existed in its own universe, with no crossovers since it first launched in 2018.

Rare could’ve done much worse for a first-ever crossover than one of Disney’s biggest live-action movie franchises. But hearing from Sea of Thieves creative director Mike Chapman, it’s not just the movies that form the basis for this expansion; it’s also the original Disney theme park ride on which the film series is based. Even the title is a reference, nodding to a song heard during the ride. Read more…

More about Gaming, Rare, Pirates Of The Caribbean, E3, and Sea Of Thieves