You Are Here: Home → Paul Rudd pulls ‘Mac and Me’ gag on Conan one final time 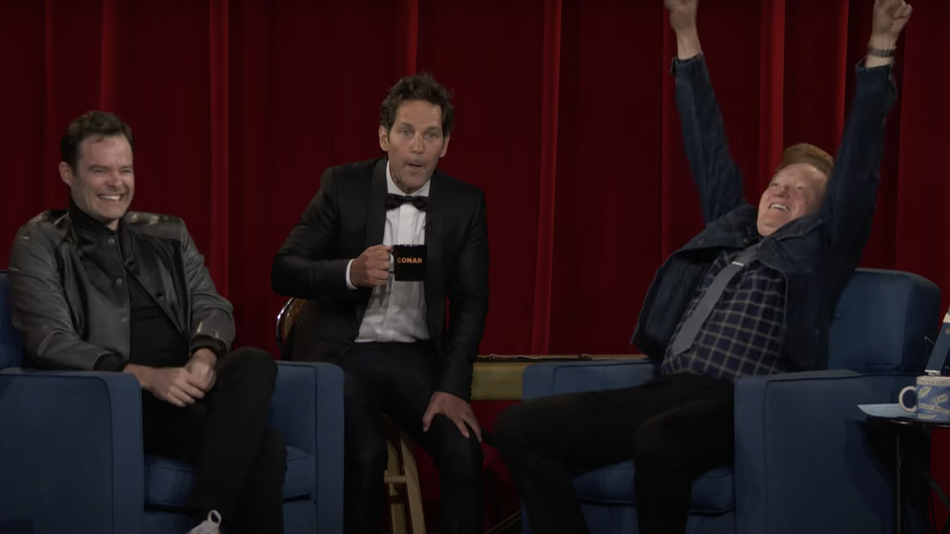 Conan‘s 11-year run on TBS is finally coming to an end this week, with host Conan O’Brien moving on to a new variety show at HBO Max. But before the curtains finally close on the late-night talk show, guest Paul Rudd dropped by to impart a final parting gift.

Crashing Bill Hader’s interview, Rudd claimed to have brought footage of Hader and his failed SNL skit to show O’Brien. Of course, as is tradition, that was a blatant lie. Instead, Rudd played a scene from 1988 film Mac and Me featuring a young boy in a wheelchair rolling off a cliff. There is also an alien.