You Are Here: Home → John Oliver tears down the ‘model minority’ myth as ‘a tool of white supremacy’ 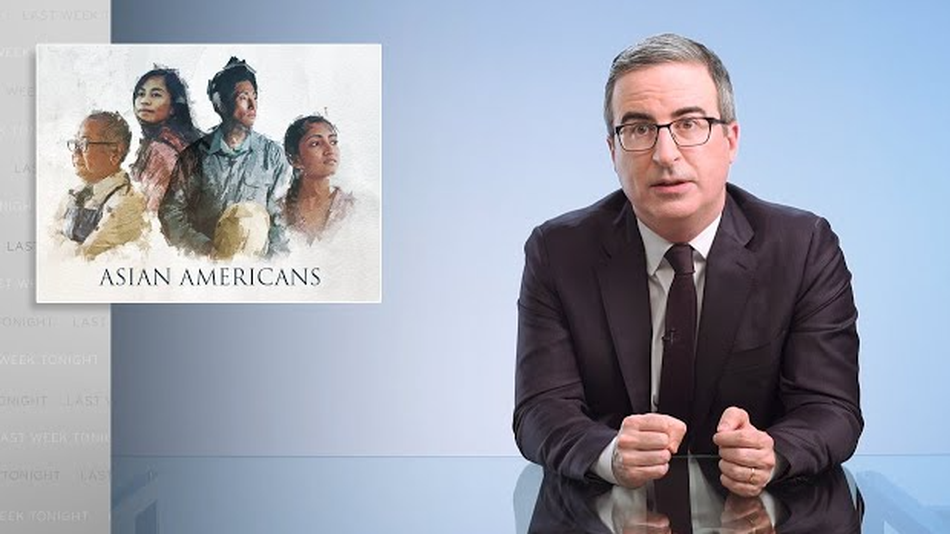 Following a year that’s seen a sharp and disturbing rise in hate crimes against Asian Americans, Last Week Tonight host John Oliver turned his attention to the laws and stereotypes that have been used to discriminate against them throughout history and today.

One key focus of Oliver’s breakdown is the “model minority” myth, a tool used to try and downplay racism in the U.S. by perpetuating a stereotype of Asian Americans being more successful than other marginalised groups, which is an idea that Oliver says has been “as persistent as it is problematic.”

“There is no nice racism,” Oliver explains. “There is no silver lining to it, and there is no working your way out of it. You are still perpetually treated as a foreigner, still asked where you’re ‘really from’, and Asian Americans still always seem to be one geopolitical crisis away from becoming the target of violence yet again — whether it’s those internment camps for Japanese Americans, or the spate of attacks on south Asians after 9/11, or all of the recent racial violence during the pandemic.” Read more…