You Are Here: Home → Folks on Twitter are nominating the best movie roles under 15 minutes 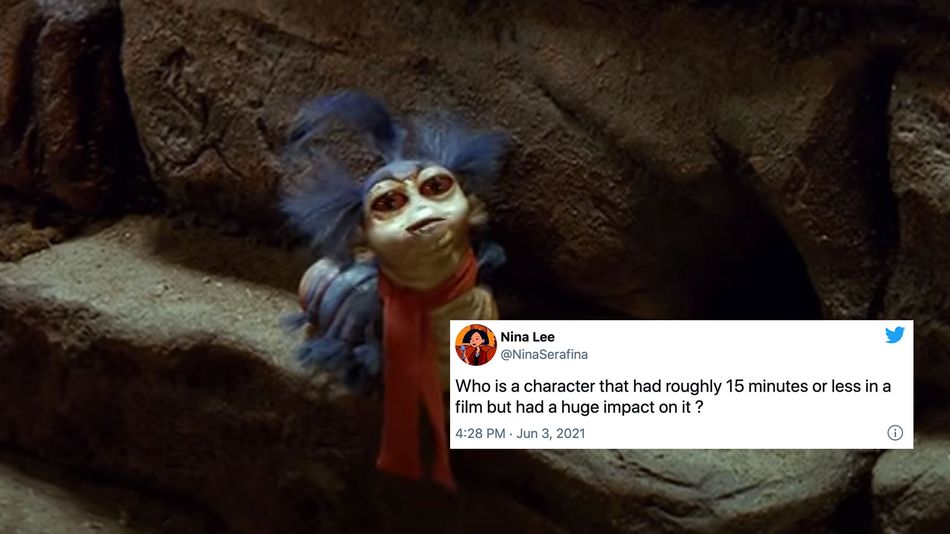 You don’t need to be the main character to leave your mark on a movie.

Sometimes it’s the walk-in roles — the characters that crop up in a single scene, only to disappear and never be seen again — that can make the biggest impact. Or those whose screen time is limited across the film, but leaves a lasting mark.

On Thursday, writer/director Nina Lee took to Twitter to pose an important question: In the history of brief movie appearances, which character has made the biggest impact?

Who is a character that had roughly 15 minutes or less in a film but had a huge impact on it ?