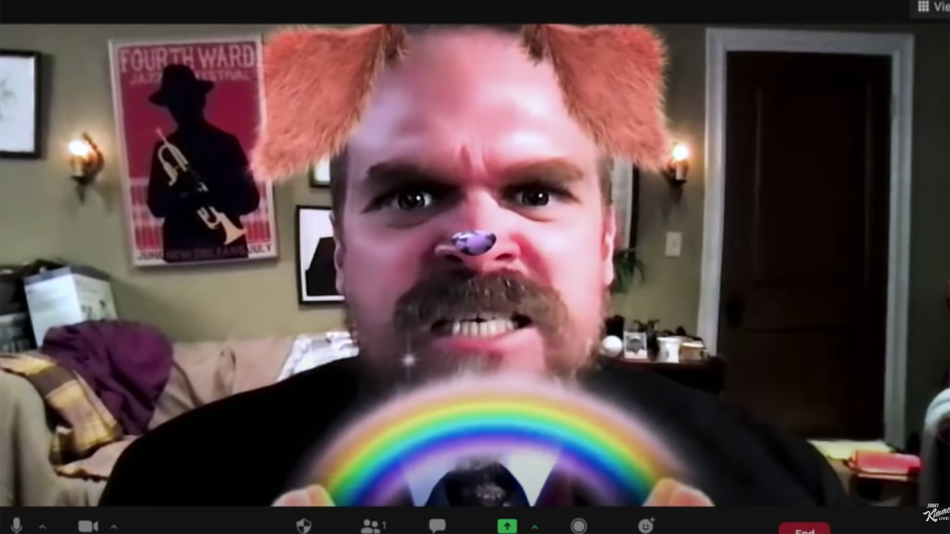 Not only has he been growing his hair long for his role in Marvel’s Black Widow before immediately shaving it all off again for his role in Stranger Things Season 4, but he’s also found time to shoot a silly spoof movie trailer poking fun at Zoom awkwardness.

“I wanted to bring this story to people, just to inspire them,” Harbour tells Jimmy Kimmel on the host’s late night show before unveiling the “trailer.” In the video, which arrives toward the end of the clip above, he plays a professor whose inspiring speech is cut short by some classic laptop-based muting issues. Read more…