You Are Here: Home → Charming mom-son dance routine was the talk of the school talent show 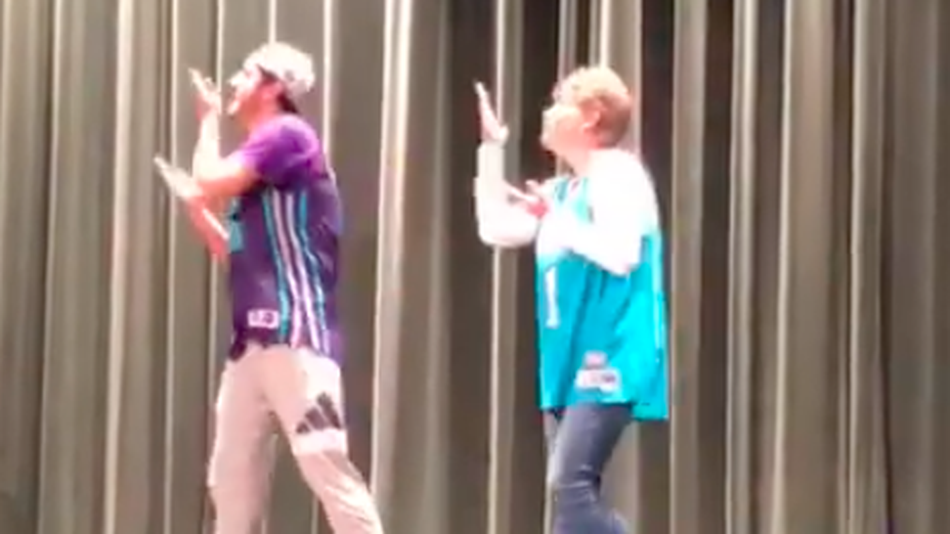 This mother-son duo took both the internet and the school talent show by storm.

Ginny Jenkins, a guidance counselor at Myers Park High School in Charlotte, North Carolina, enlisted her son Scott for a delightful “History of Dance” routine at the school’s talent show on Thursday.

SEE ALSO: Watch an epic dance go down between a man and his robot

Jenkins showed off some no-joke moves during the performance, as did Scott, who is an accountant by day. (It will not surprise you to learn that he also has his own YouTube channel.)

Anyway, the video of the whole thing is very charming — so charming that, per NBC Charlotte, it was viewed roughly 1.5 million times in 24 hours. Check it out below. Read more…