You Are Here: Home → Carl Nassib: First NFL player to come out as gay does so on Instagram

Carl Nassib: First NFL player to come out as gay does so on Instagram 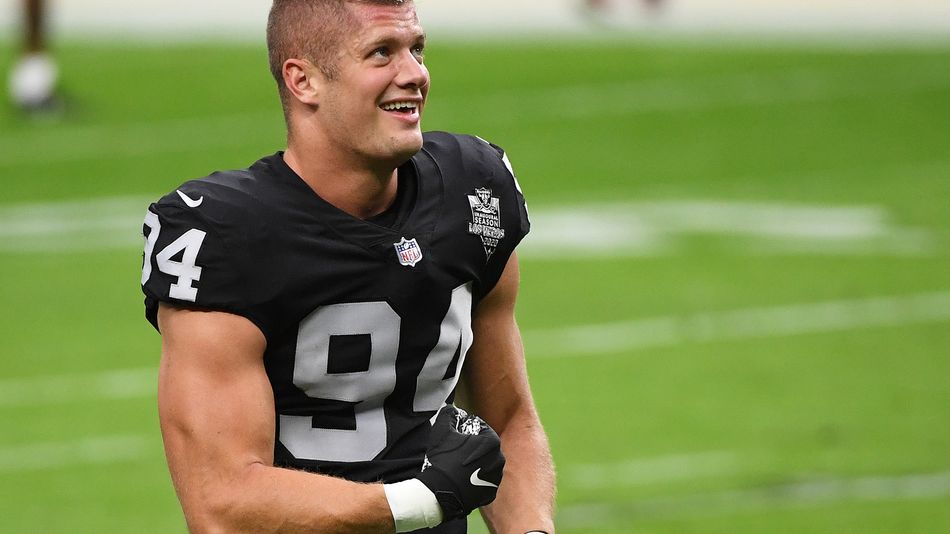 Carl Nassib came out as gay in an Instagram post, making NFL history as the first openly LGBTQ active player.

The 28-year-old Las Vegas Raiders defensive end came out in an Instagram post on Monday, and said he “agonized over this moment for the last 15 years.”

“I just wanted to take a quick moment to say that I’m gay,” Nassib said in the video he posted during Pride Month. “I’ve been meaning to do this for a while now, but finally feel comfortable getting it off my chest. I really have the best family, friends, and job a guy can ask for.”

He added that he’s a “pretty private person” and asserted that he isn’t coming out for attention, but that representation and visibility were important. In an ideal world, Nassib hoped, formally coming out wouldn’t even be necessary. Until then, he plans to “cultivate a culture that’s accepting,” by donating $100,000 to the Trevor Project, a nonprofit focused on suicide prevention and building community among LGBTQ youth.  Read more…