You Are Here: Home → ‘Candyman’ director talks taking on racial injustice in her upcoming horror film 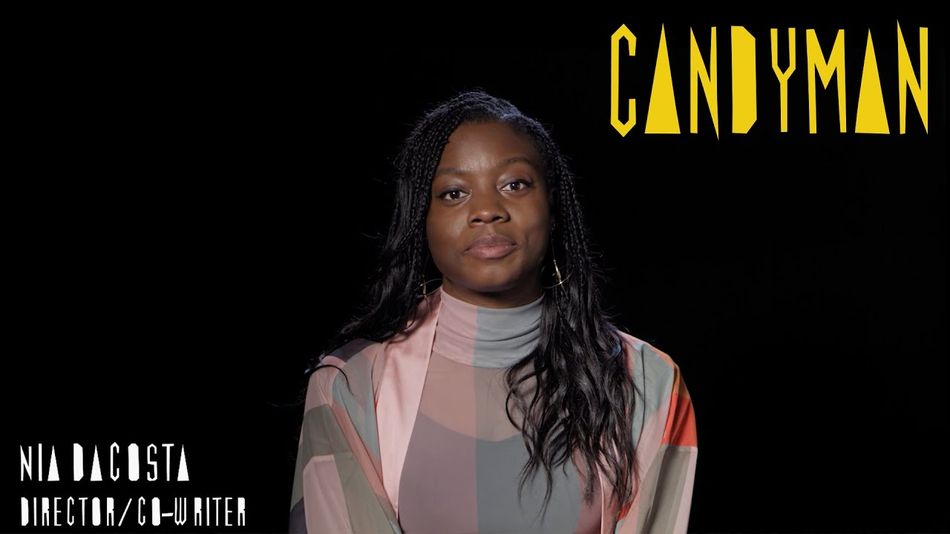 Candyman director Nia DaCosta is giving us even more reason to be excited for her upcoming film.

Ahead of Juneteenth this Saturday, Universal Pictures released an interview with DaCosta, who co-wrote the film with Win Rosenfeld and producer Jordan Peele. A sequel to Bernard Rose’s 1992 film of the same, Candyman is iconic for its urban legend-sewn horror and themes of social injustice.

In the clip, DaCosta breaks down how her film will pull from the “duality of the Black experience in America” — juxtaposing hope and possibility with the incredible difficulty and pain of inequality.

“Horror is a really effective tool when it comes to telling stories about things that impact us on a social level,” DaCosta explains. “The very function of it is to make you uncomfortable. And I think if that discomfort is attached to explorations of race or gender, you then have to reconcile your feelings about race and gender.” Read more…