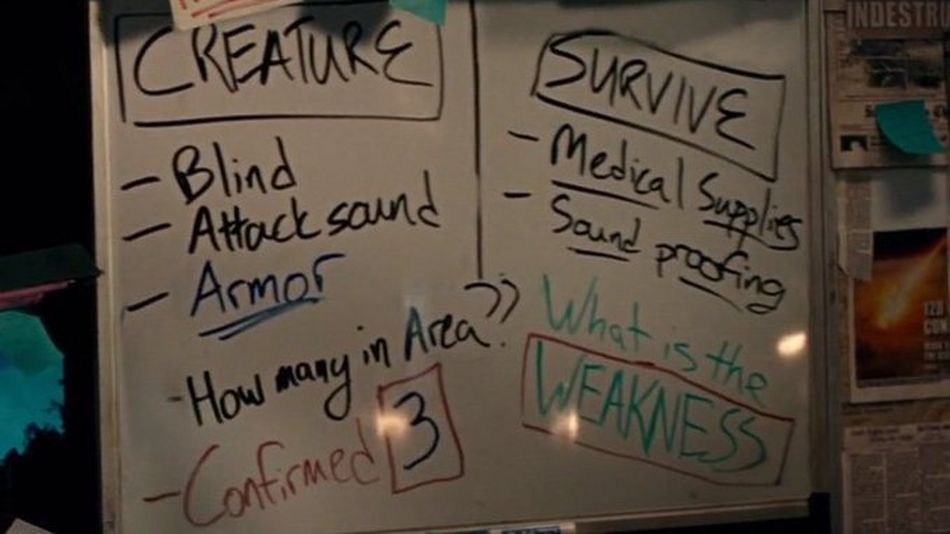 The board is back, baby!

John Krasinski’s long-awaited A Quiet Place sequel finally hit theaters on May 28. In addition to Krasinski’s character Lee pulling a Jack Pearson and returning in the form of flashbacks, fans were blessed with another unexpected callback to the first film: Lee’s infamous whiteboard.

That’s right, the absurd, downright comical dry-erase whiteboard from A Quiet Place — which featured words like “CREATURE” and “SURVIVE,” asked questions like “How many in Area??” and “What is the WEAKNESS,” and noted observations such as “Blind” and “Attack sound” — makes a brief cameo in the second film. Thank the lord. Read more…